Nowhere captures the rich mosaic of Spanish culture like Andalusia. Travel to the home of Flamenco, see outstanding Moorish Palaces and immerse yourself in history spanning more than 2000 years. Your corporate group deserves a reward of unmatched beauty and sophistication. With world-famous monuments such as the Palace of Alhambra in Granada, the Mezquita of Cordoba and the passionate cities of Seville and Malaga, Andalusia welcomes you to enjoy an experience of a lifetime.

Let Red Mago create a custom experience for your corporate group that is elite, memorable and spectacular. Andalusia has a wealth of UNESCO World Heritage Sites that will astound and inspire as well as a wealth of music and culture that will take your breath away.  Click the tabs below to get some inspiration and contact one of our representatives so we can design a perfect package to create a flawless, premium excursion to Andalusia!

Seville: The Heart of Andalusia 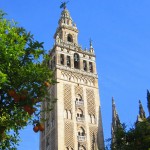 gems. Our private excursions through the city reveal places only known to locals. We tour the Alcazar, the former Moorish Palace, adorned with astounding geometric decorations and precious gemstones.
We climb the massive Giralda Tower and take in the breathtaking panoramic view of the city from the top. Formerly the minaret of a mosque, the tower is now part of the Cathedral of Seville, the largest Gothic cathredral in the world, dating from 1507 and containing the Tomb of Christopher Columbus. This stupendous UNESCO Heritage Site is a must-see for any trip to Seville.
See the Plaza España, famous meeting place built for the Ibero-American Exposition of 1929. Seville reveals itself with its welcoming people, its beautiful winding streets and magnificent historic monuments. This former capital of the Spanish Empire has been enticing pilgrims here for over 500 years!

Contact one of our representatives and let Red Mago arrange a premiere excursion to Seville for your corporate group.

The former capital of a Roman province and an Islamic Caliphate, Cordoba is a

Contact one of our representatives and let Red Mago arrange a private excursion to this unique and spectacular city.

Granada: The Essence of Andalusia

Granada offers travelers a fascinating blend of medieval Islamic history and quintessential Spanish culture. Once an ancient Moorish city, Granada proudly reveals its culture and history where Christian, Jewish and Muslim communities lived together for centuries. Take a Granada tour with a friendly local guide and experience this enchanting Andalusian city.

We explore the fairytale-like Alhambra early in the morning. Perched on top of a hill rising high above Granada, this Moorish fortress- 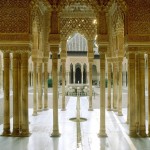 palace complex and UNESCO Heritage Site is backed by the spectacular Sierra Nevada Mountains. Discover hidden corners and let the spectacular carved decorations transport you back in time.
Later we admire the beautiful views and entertaining street performers of the Mirador de San Nicolas. After we visit Granada’s famed Albayzín, the city’s fascinating old Muslim quarter and meander along the steep and winding cobblestone streets. In the evening we visit authentic tapas bars and attend an evening performance in one of Granada’s tiny, lively Flamenco clubs.

Contact one of our representatives and let Red Mago arrange an intimate tour of the wonders of Granada.

Glimmering with layers of Moorish and European history as well as modern-day charm, the Spanish port city of Malaga has been enticing visitors for millenia. Our local English-speaking guide is eager to take you on an unforgettable Malaga excursion.
Filled with pretty 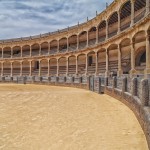 plazas and lush gardens Malaga welcomes you to discover all the must-see sights and hidden gems: explore the Cathedral of Malaga (La Manquita), the Alcazaba, the best preserved Moorish fortress in Spain and visit the Picasso Museum.
Tour the Phoenician fortress of Gibralfaro and see landmarks like Plaza de la Merced and the Roman Amphitheatre. After you’ve taken in the city’s history, we whisk your group to traditional tapas bars to indulge in local delicacies like cured wild-boar, premium olive oils and artisan cheeses matched with award-winning regional wines.

Contact one of our representatives and let Red Mago arrange a spectacular trip to Malaga for your corporate group.